Showing posts from January, 2012
Show All

B.Tech. streams and there full forms 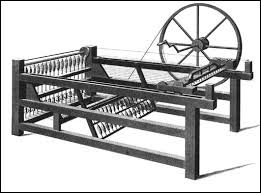 1. What programming language is GOOGLE developed in?

1.Google is written in Asynchronous java-script and XML, or its acronym Ajax .
2. What is the expansion of YAHOO?

2. Yet Another Hierarchy of Officious Oracle
3. What is the expansion of ADIDAS?

3. ADIDAS- All Day I Dream About Sports
4. Expansion of Star as in Star TV Network? 4. Satellite Television Asian Region
5. What is expansion of "ICICI?" 5. Industrial credit and Investments Corporation of India
6. Which is the only country that is surrounded from all sides by only one country (other than Vatican )? 6. Lesotho surrounded from all sides by South Africa .
7. Which is the only sport which is not allowed to play left handed? 7. Polo.
8. Who is the only man to have written the National Anthems for two different countries? 8. Rabindranath Tagore who wrote national anthem for two different countries one is our 's National anthem and another one is for Bangladesh- (Amar Sonar* *Bangla)
9. From what four word expression does …
Post a comment
Read more
More posts